are you a gambling man, santa?

Yesterday L was out all day running errands. Among other things she had a hair appointment and got a spiffy new phone! A Blackberry Bold 9700. She is soooooooo overjoyed to be back to blackberry's! L absolutely loathed the iphone and its touch screen. Not good for people who type super fast, apparently it always choses the wrong letters and her messages come out scambled. 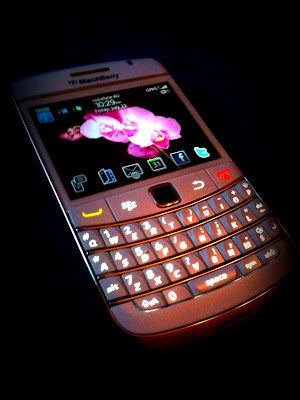 Just before L’s hair appointment, while leaving a car park (L and her mum were forced to park on the very top level due to overflowing capacity) L spotted a familiar looking scarf hanging off the railing of the now deserted car park. “ooohhhh that looks like an Alexander McQueen scaf!” exclaimed L.

Before the words had left her lips L’s mum was reversing the car and L ran out to retrieve the abandoned item. She looked around for an owner, cause surely no one would leave this pretty little thing alone on purpose. But alas the car park was empty. And rather than leaving it to become a homeless persons wash cloth L scooped it up and placed it in her purse.

L’s mum was quite curious about the scarf but searching for the scarfs owner took a bit longer than expected, they were running late and after a quick glance it was put in L’s handbag. L thought little of it, assuming it to be a knock off but happy none the less for the gift of the delicious wrap.

Once home however she took it out to admire it and low and behold down in the corner what did she spy... yes... 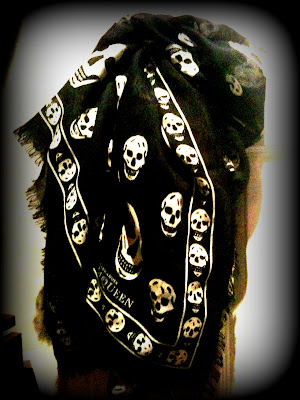 Needless to say L was over the moon.
Posted by Unknown at 11:25