oh, why did i ever let you talk me into this?

On the 7th of July Oscar Phineas or Buster for short arrived home for the first time. As you may recall from my previous posts I was rather looking forward to little baby Buster joining our family. However on the day in question it finally dawned on me.


The magnitude of it all. 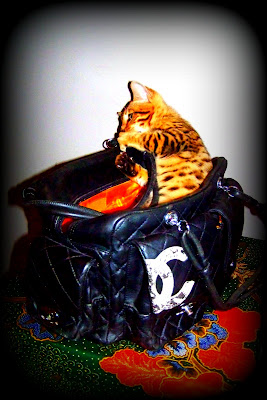 (The first thing he did once let out of his traveling cage was go straight for L's Chanel bag... at least he has taste!)


I heard his meows at the front door and suddenly realised what a baby brother meant. Sharing. Noise. Lack of privacy. Lack of sleep. LESS LOVE! From now on this little monster will want all my toys! He’ll want all this attention from the humans which will mean I get less! I’ll never have any time alone! What have I gotten myself into?!?! He’ll probably eat my food and bite my tail! I remember what my litter mates were like! They never left me alone! And this little man is NOISY! He literally won’t shut up!

After my little mini freak out I hid under the wardrobe the whole night. I was not happy at all with the humans. Especially L. 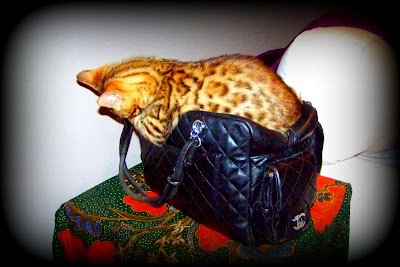 The next day I was in a bit better mood, I hadn’t gotten any less love and he hadn’t touched any of my toys. This time when we’d been sitting in the lounge together for awhile the humans did the worst thing ever. THEY LET HIM OUT.

He came straight for me! He wouldn’t stop! Like a little evil meowing, psycho, devil kitty! I don’t know how long the attack lasted but it felt like days. I got some awesome swipes in and tumbled him over a bunch of times! It was super fun and I won! He relented! And bowed to me! Haha! Success! I am top Bengal! 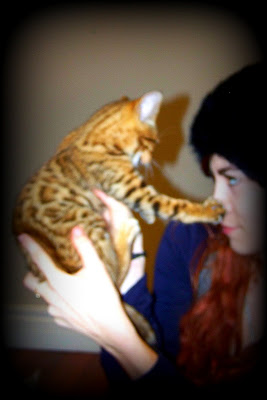 After our epic battle I kind of caved. He’s not that bad, he’s actually pretty cute. In a whiny, little, follow me round everywhere kind of way. 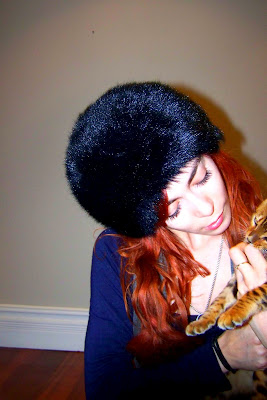 Email ThisBlogThis!Share to TwitterShare to FacebookShare to Pinterest
Labels: buster